When Sally experienced anxiety during her pregnancy, she found support in the Women’s antenatal psychology group. She’s sharing her story for Perinatal Mental Health Week so other mothers feel less alone.

Sally McNamara had never experienced mental health challenges until she was pregnant. In early 2022, a few months pregnant, she started to experience severe anxiety.

“I found pregnancy really difficult. I just didn’t feel good and my sleep was badly impacted,” she says.

Recognising that she needed help, Sally began seeing a psychiatrist through the Women’s Mental Health Service. A couple of months later, still unable to sleep, she took herself to the Women’s emergency centre. It was then that her psychiatrist referred her to the Women’s antenatal psychology group sessions.

Of all the ways Sally tried to manage her anxiety during pregnancy, group therapy was the one thing that made all the difference.

“It was amazing,” she says. “I did actually try two private psychologists that I didn’t end up sticking with because I found the group to be so much more powerful.”

Group therapy a response to heightened anxiety during COVID

The Women’s antenatal psychology groups are run by the Women’s psychology team, led by Senior Clinical Psychologist Julienne Kinna. There are six to eight women in each group, all due to have their babies at the Women’s within a month of each other, who meet once a week for eight weeks over Zoom. They are generally referred to the group sessions because they are experiencing acute anxiety or depression, or are at risk of postnatal depression because of their mental health history or social situation.

“Pregnancy is already an anxiety-provoking experience, but there were a lot of things in COVID that escalated that massively, which meant we were – and still are – getting a lot of referrals to the Women’s psychology services,” Julienne says. 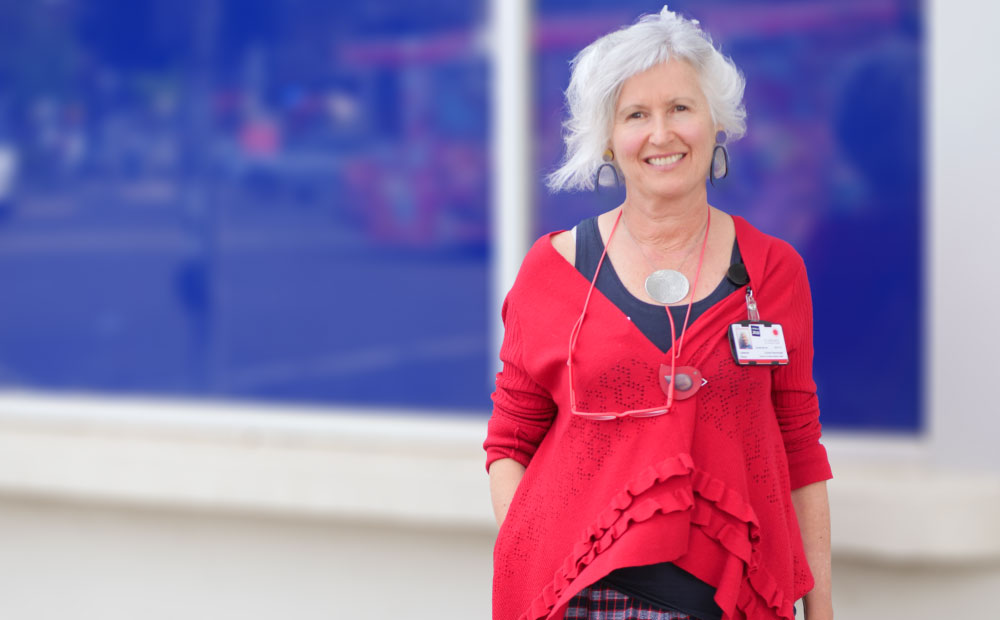 The Women’s Senior Clinical Psychologist Julienne Kinna and her team started the pregnancy group therapy sessions during a COVID peak in April 2021.

Julienne and her team work with the expectant parents on topics such as managing anxiety, self-care and the transition to motherhood. They use a mix of cognitive behavioural therapy, acceptance and commitment therapy, and mindfulness and self-compassion techniques such as diaphragmatic breathing and mentalisation.

Julienne says one of the most powerful things about the group psychology sessions is that they normalise the challenges that some women go through during pregnancy and postpartum, and provide a sense of community for the women involved.

“There’s a de-shaming that occurs in the group psychology sessions because the women feel seen and heard.”

Sally says she found a great sense of relief in being able to admit that she found pregnancy incredibly tough to a group of women going through similar challenges.

“It reduced my fear and self-judgement of the experience and the fact that I wasn’t having the textbook glowing pregnancy,” she says.

“One of the things that changed everything for me was when Julienne explained how the threat system is more activated in pregnancy. That allowed me to see that my anxiety was a natural response and that I could work with it rather than against it.”

Sally and her group continued to support each other through their births and in to early parenthood – something Julienne says has happened for many of the groups.

Sally says everything about the group psychology sessions set her up for a positive experience with her newborn.

“I’m really grateful that I had that space and time when I was pregnant to work out a lot of the fears I had,” she says. “It has allowed me to have a bond with my baby that maybe would have been interrupted if I had brought all of these anxieties through to parenthood.”

Perinatal Mental Health Week (6–12 November 2022) is about helping the community and health professionals to better understand perinatal mental health. If you or someone you know is experiencing challenges, contact PANDA or Beyond Blue.